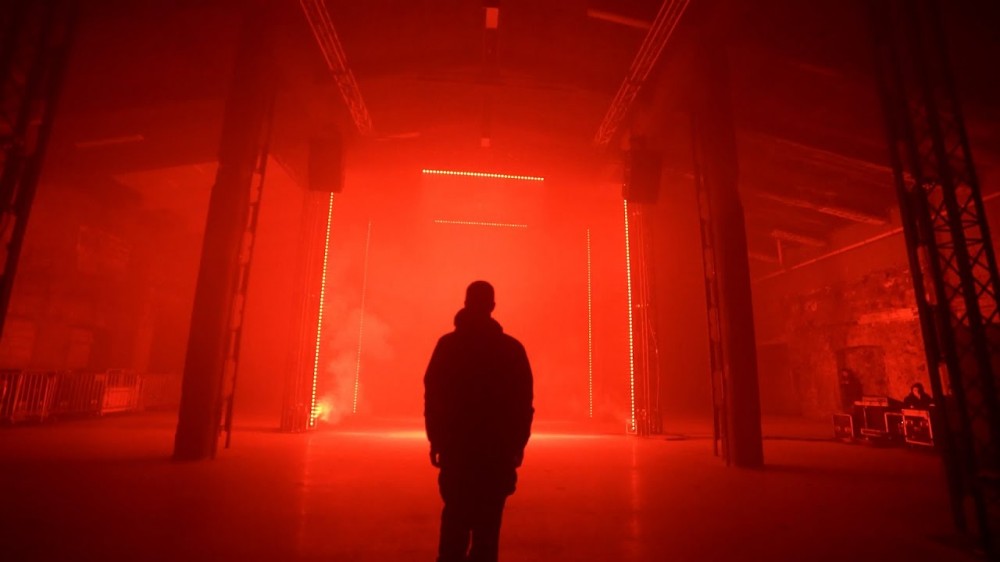 This week we’ve showcased the many faces of Russian multidisciplinary installation artists 404.zero. Moving from immersive audiovisual experiences of impressive scale through evocative live electronic performances before finally arriving in a virtual space, inhabited by ambitious conceptual works, Kristina Karpysheva and Alexander Letsius have presented the many facets of their wide-ranging project.

Approaching light, sound and space with a singular vision, understanding them as essential parts of a monolithic whole, the duo create awe-inspiring works defined by an esoteric aesthetic sensibility and a distinctly cinematic quality.

Since the project’s conception, Karpysheva & Letsius have shown their work in cities across the world, including Prague, Mexico City, Seoul, Lima, San Francisco and in New York’s Times Square, as well as at a vast array of international festivals, including MUTEK, Japan Media Arts Festival, Recombinant, Circle of Light, Gamma Festival and SOUND UP. This year they debuted on Icelandic label Bedroom Community as musicians for the first time with the album 404.0, which was preceded by an audiovisual EP, Black Sunday.

With 3.1, 404.zero play with perspective, illuminating the K-30 space in Saint Petersburg with floor-to-ceiling light installations. Shifting light sequences and spatial sound simulate a vast sci-fi tunnel into the unknown, which in the above video presentation is traversed by a solitary unknown figure.

Captured at Present Perfect Festival, 3.1 features key themes and motifs fundamental to the duo’s audiovisual art practice. With a focus on scale, the interior architecture of the space in which the work is situated becomes as much a part of the work as its mechanics, solidifying light, sound and space into a single composite assemblage.

404.zero Presents: In Search Of The Right World

For 404.zero, the task of creating installation work within the confines of lockdown posed, understandably, a particularly demanding challenge. Not to be deterred, the artists began mapping the various locations in which they stayed during the initial outbreak of COVID-19 in order to create virtual spaces, galleries and apartment within which they could present their work.

We find ourselves in some of these spaces in In Search Of The Right World, a forthcoming game, built using the Unreal Engine, that 404.zero will present in the not so distant future. Describing the game as “a door to the world where time doesn’t exist”, the artists control a shadowy protagonist navigating macabre apartments, submerged industrial ruins and post-apocalyptic versions of some of their own installations.

On their debut album, 404.0, Kristina Karpysheva and Alexander Letsius channel a wide array of influences as diverse as Autechre, Tangerine Dream and Sunn O))) as they move through eight meditative compositions that touch on cosmic drone, ink-dark ambient and searing industrial.

In this very special episode of Patch Notes the Russian duo deliver a stunning modular synth showcase live from Saint Petersburg’s Sevkabel Port. Using a unique setup, which includes a LYRA-8 organismic analogue synthesiser from Soma Laboratory, a variety of Eurorack modules, a Buchla 223e Multi-Dimensional Kinesthetic Input and Tactile Input Port and an electronic cello, 404.zero give us an introduction to their cathartic sound.

In 4.32, industrial robots are mounted to the ceiling, each attached to a cross-shaped light fixture. The robots would then move in sequence, synched to spatial sound design, with the whole process driven by randomly generated algorithm.

Switching from static light fixtures to a dynamic, mechanised light sculpture, 404.zero continue to explore a holistic approach to light, sound and space, foregrounding the work with an emphasis on symmetry, motion and confluence.