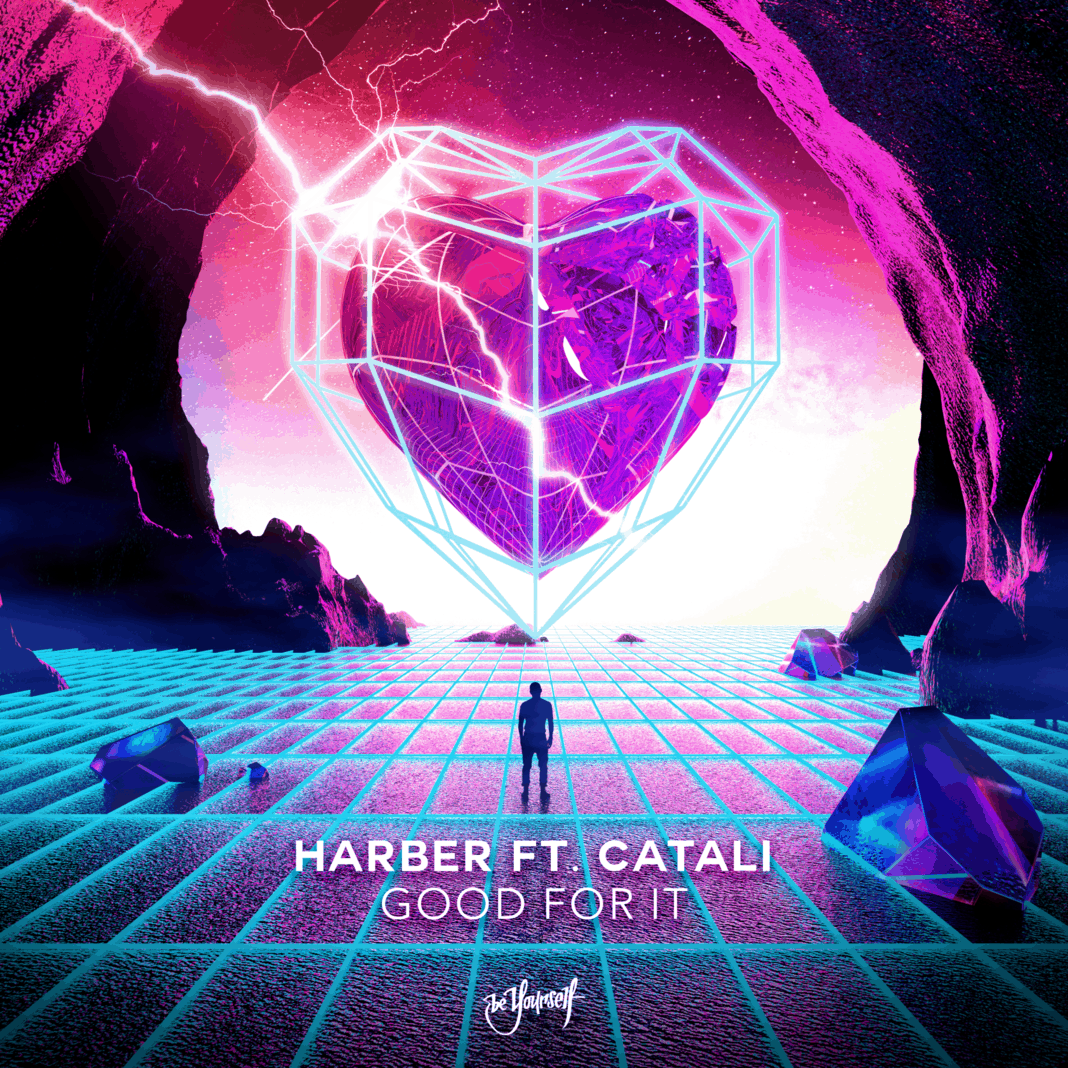 Out now, HARBER returns with his latest original song, “Good For It” featuring CATALI. Making its official release through Be Yourself Music, the anthemic, catchy, summer-ready tune is sure to have you singing and whistling along before you know it. Written by HARBER, Nisha Asnani, and Dave Berg, with CATALI on vocals, “Good For It,” which is nearly a year in the making, especially comes to life with HARBER’s distinguishably-contagious production.

HARBER, whose debut single was titled “Summer You,” is often associated with his chill, tropical, and summery vibes—and “Good For It” is no exception. While festival season this year may not have taken place in the traditional sense, the short break has resulted in an abundance of new music, including this summer anthem from HARBER. Even though traditional events have been halted for a while, the rise of digital events and virtual music festivals have been filling the void. In May, HARBER served as a headlining act for The Nocturnal Times & MrRevillz World On Pause Festival, a virtual 3-day fundraising event (alongside SOFI TUKKER, Sam Feldt, Felix Jaehn, Lost Frequencies, Firebeatz, Bassjackers, ARTY & 50+ additional artists), which raised over $10k for Covid-19 relief for The Recording Academy/GRAMMYs MusiCares and Feed the Children.

There’s no stopping HARBER’s rise to stardom, who recently released his singles “Pieces” feat. NISHA on May 29 via Liftoff Recordings and “F*CK WORK” feat. Kyle Cooke on March 12 through 450 Music, following an exclusive premiere with PEOPLE Magazine. Kyle Cooke, who is an entrepreneur, the founder of the sparkling hard tea beverage, Loverboy, and one of the lead cast members on Bravo TV’s hit reality series, ‘Summer House,’ made his musical debut on “F*CK WORK.” HARBER’s new single comes hot off the heels of his recent remixes for NERVO (“World’s Collide”) on Thrive Music and Sultan + Shepard x Rock Mafia x Bahari (“Miles To Your Heart”) on 12 Tone Music.

In 2020, the 9-week Billboard-charting artist, HARBER was called upon for a set at the Summer House season 4 premiere event at Bounce Sporting Club NYC and also appeared on the Bravo TV reality series’ season finale episode in May after soundtracking their Raver Day weekend party. HARBER also performed as direct support for a sold-out show with Steve Aoki & Riot Ten at Echostage in Washington D.C., and a sold-out Made Event club night at Avant Gardner’s Kings Hall with Snakehips.

“Nearly a year in progress, ‘Good For It’ came about during a trip I took to LA last year for a mini writing camp. I was able to get in the room with two amazing writers, Nisha Asnani and Dave Berg. Together we opened up some tequila and ‘Good For It’ just poured out!… No pun intended! It was also great working with CATALI to further bring the record to life — and we’re especially excited the record found its home with Be Yourself Music.” — HARBER

Possessing experience performing in nightclubs and music festivals, HARBER’s ability to read the crowd is truly a testament to his genuine passion for music and his authentic tastemaker abilities. Live experience at music festivals & nightclubs, HARBER made his Miami Music Week debut in 2019, performed on the sold-out Spinnin’ Sessions NYC Yacht Party by Spinnin’ Records, a headline show at Mercury Lounge NYC (Live Nation/Bowery Presents) during Thanksgiving weekend, Bounce NYC (Bravo TV’s ‘Summer House’ season 4 premiere event), and has played as direct support for sold-out shows with Steve Aoki & Riot Ten at Echostage (Washington D.C.) and Snakehips at Avant Gardner’s Kings Hall (Brooklyn, NY). In May 2020, HARBER served as a headlining act for The Nocturnal Times & MrRevillz World On Pause virtual 3-day fundraising festival (alongside SOFI TUKKER, Sam Feldt, Felix Jaehn, Lost Frequencies, Firebeatz, Bassjackers, ARTY & 50+ additional artists), which raised over $10k for Covid-19 relief (MusiCares). HARBER has played additional shows across the country alongside acts such as Moksi, Curbi, Born Dirty, Julian Jordan, The Him, DNMO, MOGUAI, Damaged Goods, Rick Ross, A$AP Ferg, Pusha T, Waka Flocka Flame, Riggi & Piros & more. In May 2019, during mental health month, HARBER donated half of all ticket proceeds from his headline NYC show to To Write Love On Her Arms (TWLOHA), a non-profit suicide prevention organization. HARBER also recently joined Modern Machines on stage at Marquee NYC as a surprise guest to perform his remix of “More Than You.” HARBER appeared on Bravo’s Summer House season 4 finale after providing the soundtrack to their Raver Day weekend party. Transcending listeners into a world of their very own, HARBER effortlessly pushes the boundaries beyond expectations; his inventiveness is limitless. Never afraid to take risks and experiment with various sounds and incorporate elements across a multitude of genres, it comes as no surprise why HARBER has already been creating an irrepressible buzz within the scene.