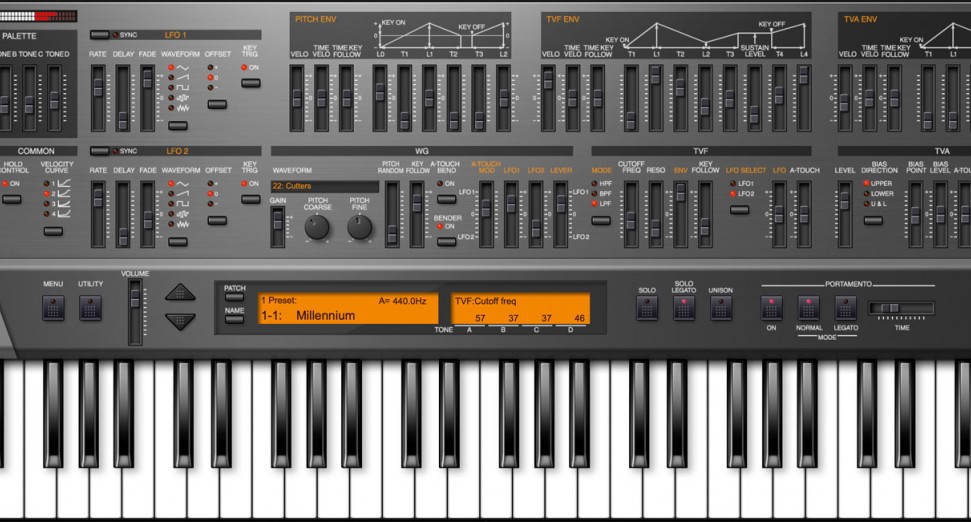 Roland has added a virtual clone of the JD-800 to its Cloud platform of plugins. The classic synth was released in 1991 and was a favourite of ’90s dance music producers such as Faithless, Underworld, Pet Shop Boys and 808 State. The original was an answer to the demand from its users for more control and fewer menus that were seen on earlier digital synths. The 800 added controls for almost every function of the synth, similar to an analogue alternative, but featured all the flexibility to digital, which led to extra large stacked oscillators perfect for the dancefloor riffs of the 90s.

The JD-800 adds 64 presets, seven new FX including reverb, chorus and delay and expanded polyphony compared to the original version.

The new plugin is part of Roland’s Cloud service, which includes emulations of other Roland classics like Juno-60, D-50, Jupiter-8, TR-808 and 909 drum machines and much more. Subscription costs start at $2.99. Find out more about the JD-800 clone and Roland Cloud here and watch the video below to hear it in action.