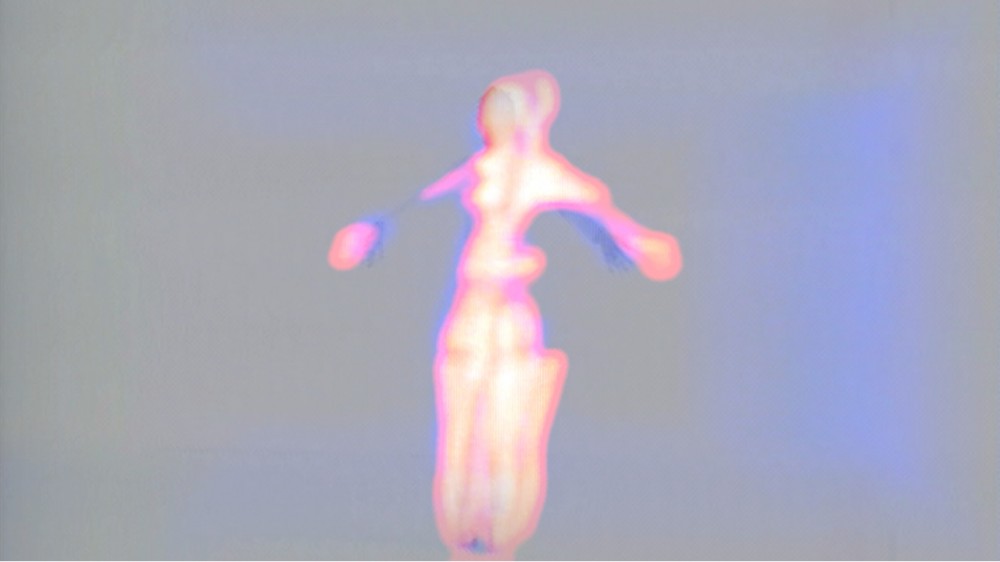 Initially joining forces with Caterina Barbieri, the first chapter of the project, As if the color was looking at you, features footage of choreographer Annamaria Ajmone manipulated using voltage controlled oscillators and patches, resulting in a mesmerising, multicolour triptych.

For the project’s second instalment Bonaventura has collaborated with Camilla Pisani, an audiovisual artist and analog synthesist based in Rome, setting another sequence of manipulated footage of Ajmone’s movements against Pisani’s seething, exploratory epic, ‘I’ve Never Been Able To Wedge My Smiles And My Panic Attacks’.

Bonaventura employs a variety of vintage analog video synthesisers, including the Rutt/Etra scan processor, a Jones coloriser and a Hearn Videolab video synth, to create multiple layers of analog effects, highlighting, blurring and at times disfiguring the form of Annamaria Ajmone’s movements.

‘I’ve Never Been Able To Wedge My Smiles And My Panic Attacks ‘ is taken from Camilla Pisani’s EP Nausea Is A Noble Feeling, which was released earlier this year. The project draws inspiration from Simone de Beauvoir’s reading of Heidegger, specifically with regards to love, which de Beauvoir defines as “a higher form of personal freedom and regeneration of social relationships”.

Nausea Is A Noble Feeling is out now. For more information about Camilla Pisani and her work you can follow her on Instagram and visit her Bandcamp.