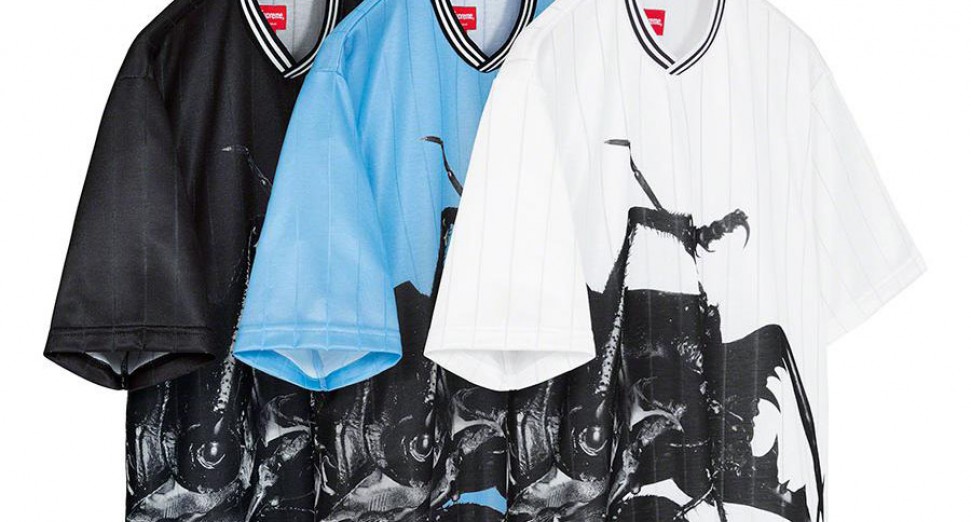 Over two decades since the release of the pioneering trip-hop LP, the group are teaming up with American clothing and lifestyle brand Supreme to release three jerseys printed with the beetle from the album’s artwork.

Available in blue, white and black, the football jerseys will be available alongside shorts and button down shirts in the same colours, also emblazoned with the black beetle.

It’s not the first time Supreme have collaborated with electronic innovators. Back in 2018, the brand teamed up with Pioneer DJ to offer CDJs, the DJM-900 NXS2 and the RMX-1000 emblazoned with Supreme’s logo – with a £15,000 price tag.

The collaboration will be available via Supreme on Thursday 17th June. Check out a preview of the drop below.