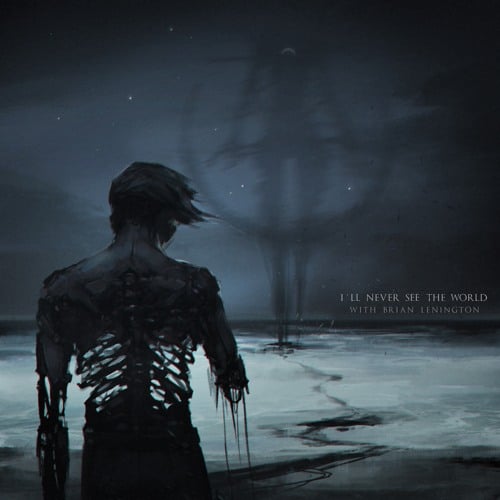 Brandon Carroll aka SWARM has released I’ll Never See The World, featuring Brian Lenington, and it solidifies the notion that SWARM is by far the darkest artist I have covered. I have been screaming the name SWARM from every mountaintop I can find for the better part of half a decade now. The level of anguish and suffering that is juxtaposed by intense violence in his production could only be described as Morrissey and Stanley Kubrick having a baby during the Industrial Revolution.

SWARM is no stranger to injecting his music with emotion. Despite the artist’s sinister presentation, songs like “Void”, “Eat Me Alive”, and “This Is The End” let down the curtain to showcase raw and often painful sentiments.

This marks the 3rd time Brian Lenington (singer of I-Exist) has worked with SWARM. Brian’s haunting voice perfectly interprets the song’s atmosphere of sorrow and loneliness for the listener.

In SWARM’s own words:

“This song is absolutely everything I’ve ever wanted my music to be. It is about feeling completely lost and alone in an empty world. It’s beautiful, heavy, hopeful, and ultimately incredibly sad. When you listen to this song, I want you to KNOW that you are not alone in feeling this way. I find comfort in that, and I hope you will too.”