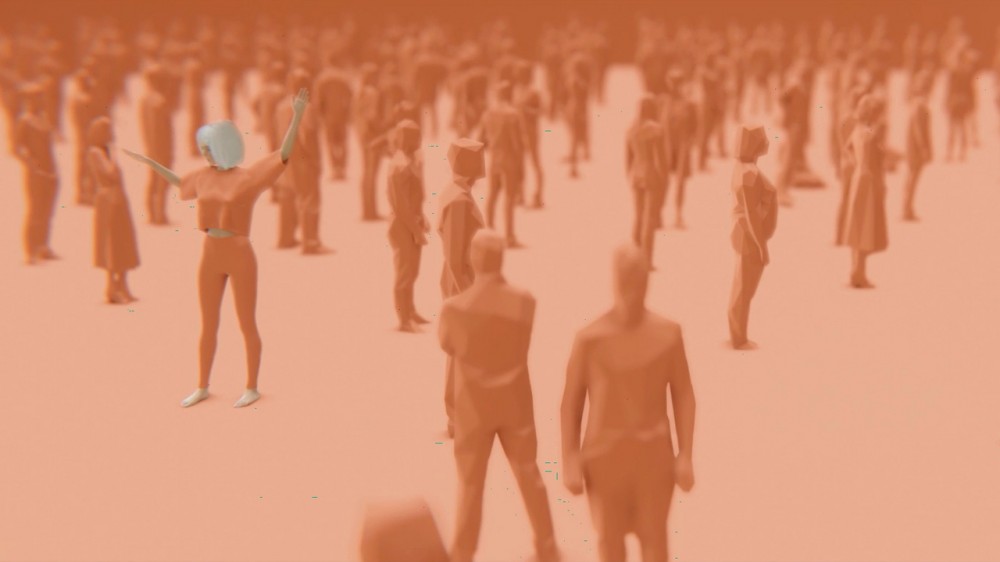 Over the last 25 years Ash Koosha has spent countless hours inhabiting the intricate worlds of video games, but perhaps not in the way you might expect. When presented with the opportunity to take control of a host of larger-than-life, polygonal protagonists as they traverse through ever-increasingly realistic virtual environments, Koosha prefers to observe, to people-watch as complex lines of code generate characters that exist solely to enlarge the world around the player.

It is the lives of these NPCs (non-player characters) that most fascinates Koosha. These are synthetic stand-ins for ordinary people, entities defined solely by sequences of pre-planned events and a handful of lines of pre-written dialogue, trapped within the confines of the game world.

But what if they were allowed to be more? What if the lives of NPCs could be developed around the constraints of their single-serving existence? “What is their story? Who will they become?”, asks Koosha.

“One day while I was in Red Dead Redemption 2 and strolling around Saint Denis I encountered an NPC named Nigel for the first time”, explains Koosha of YONA’s track ‘Where Are You Now?’, describing the NPC as “one of the most curious characters who caught my attention through his quest to find his friend Gavin.”

“After hours of gameplay, he appeared and reappeared many times in different locations. He was still searching for Gavin.” It was this fruitless search that inspired Koosha and YONA to consider this in-game investigation as an indication of the potential for the rich and developed lives NPCs might be able to live if given the opportunity.

Lost among a seemingly endless crowd of simplistic models of other Auxumans, YONA moves from character to character, seemingly in search of another NPC with a life, a complex virtual being who, instead of existing to fill out a world that centers around someone else, somewhere else, doing something else, exists, like YONA, to follow their own narrative.

“Could the life of Nigel and his quest through an emotional loss be equipped with multi-modal learning to build an expressive narrative that we can fall into, learn and adopt in the future?”, asks Koosha. “YONA sings “Where Are You?” as a tribute to Gavin and Nigel and many extra NPCs from games we don’t play anymore.”

‘Where Are You’ is taken from the EP, which is out now. For more information about YONA and their output, you can follow them on Instagram and visit their Bandcamp.

‘Where Are You’ Lyrics:

I keep waiting for you,
At nightfall
While valleys are still lit
I keep looking

Where are you?
From the far side of the road
Cloudy is my home
The world around is all wind
And there
On the road with your song
Dreaming bright days
With your song

I keep hurting you,
At the waiting point
You’re not shining everywhere
I have lost the bright