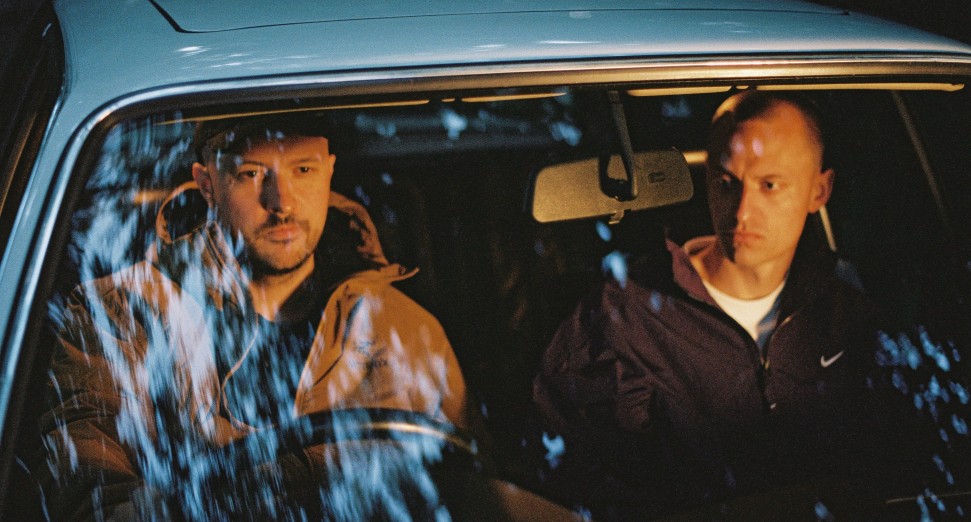 Overmono have announced a new EP, ‘Diamond Cut/Bby’, which will land on 12″ via celebrated UK label XL Recordings on 19th November.

The first track to drop from the release is ‘Bby’, which some may remember as the closing 2-step tune from the London duo’s recent set at Village Underground, just one date from a packed summer and early autumn calendar that has seen them play a host of festivals including Greenman, We Out Here, Field Day, and Gala.

“For the past four years, our studio has been in an old magazine printing building. After moving in we ripped up the carpets to expose this amazing wooden flooring and thought to ourselves – ‘why the fuck would anyone cover this up?’ – turns out ink from the old print presses that used to be there still comes up through the floor and makes these grimy swirling patterns that slowly shift over weeks and months,” Overmono said in a statement.

“Earlier this year we found out the building was being sold for re-development. We had two weeks to get out. Packing down the studio was left ’til the very last night and we spent the rest of the time making one last tune there,” they continued. “The chords in ‘Bby’ are those ink stains. Woozy and morphing, feeling like they might swallow you up.”

The new EP follows on from Overmono’s critically acclaimed addition to the fabric Presents mix series, which came out in July, arriving just one month after their doubleheader on Poly Kicks, ‘So U Know/BMW Track’. The pair were also responsible for music on MOBO-nominated director Hugo Jenkins’ recent documentary, ‘Better Days: The Story of UK Rave‘.