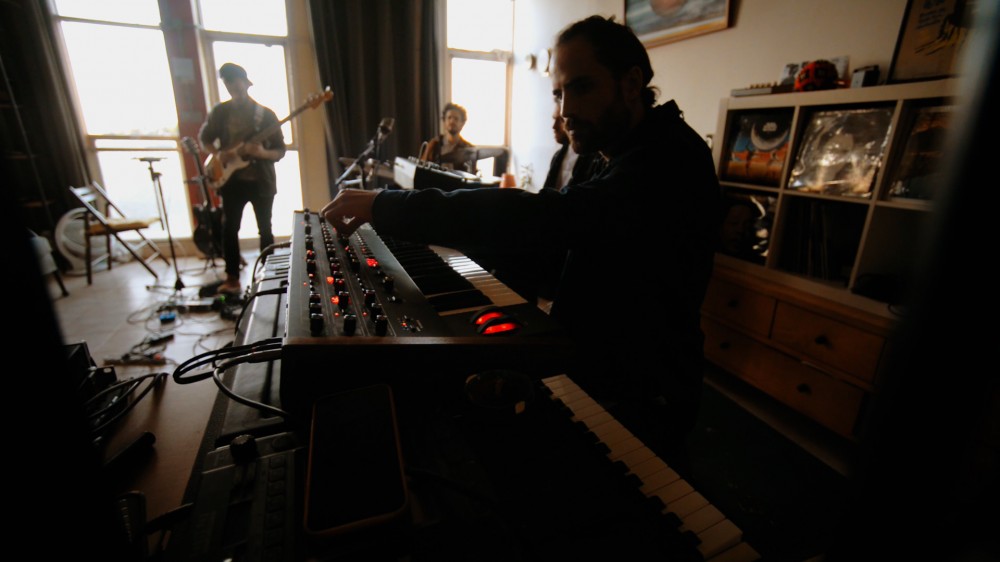 An ambient-inspired electronic jazz session from the Tel Aviv quartet.

Apifera are a jazz group from Israel, whose organic musical structures, harmonies and arrangements reflect the bee-attracting orchid that lends the quartet its name. The group consists of Nitai Hershkovits (keys), Amir Bresler (drums), Yonatan Albalak (bass) and Yuval Havkin aka Rejoicer, whose Raw Tapes label has become a focal point for beat scene artists of Tel Aviv and beyond.

In this episode of Patch Notes, filmed to celebrate the release of their debut album Overstand, released on Stones Throw last month, the group perform an ambient-inspired session using Moog Grandmother, Sequential OB-6 and Prophet 06 synthesisers, as well as Rhodes piano and Helix and Eventide H9 effects on the bass.

“We took the challenge of writing a sort of live-modular infused tune,” the band says. “We wanted to incorporate the ambient vibe, but not compromising on our own sound. We checked out some references that we like and finally, as we always do, we improvised the writing and recorded the tune at Amir Bresler’s Kef studios.”

Overstand is available now on Stones Throw. Find more of the band’s music at Bandcamp.

Filmed and directed by Ben Kirschenbaum