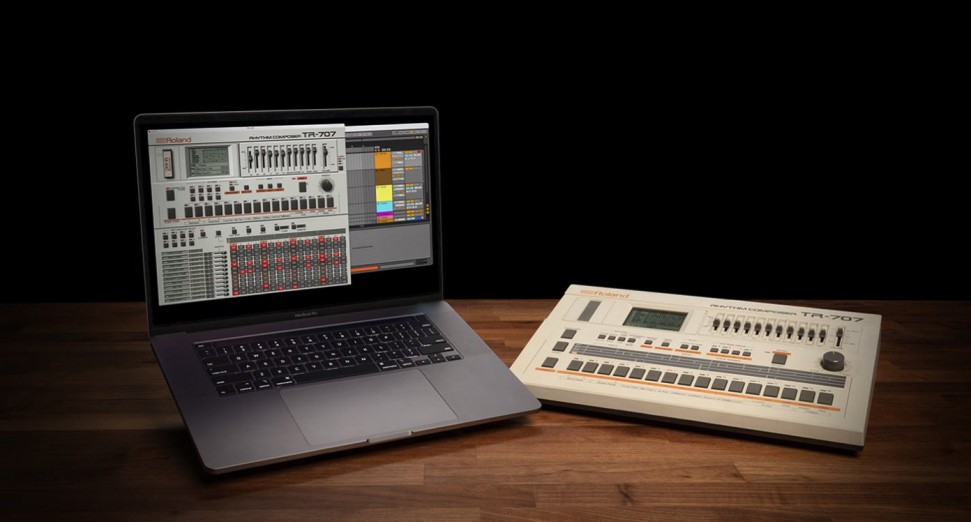 Two iconic drum machines have been added to Roland’s Cloud synth subscription service. The 727 and the 707 aren’t quite as famous as the other instruments in the TR range, namely the 808 and 909, as they used PCM samples exclusively, and didn’t feature any synthesized sounds. Given the restrictions of PCM sampling at the time, they are comparatively thinner, but have their own distinct character that saw them used in early Madonna records as well as tracks by Luke Vibert and Aphex Twin.

Roland has added some modern features to the plugin versions, including their own Analogue Circuit Behaviour modelling, to give the sound a bit more grit and character. They’ve also added an updated sequencer – find out what else is new here and watch the video below for more. Roland Cloud membership starts at £2.99 a month and features many more plugins from Roland’s iconic instrument line.